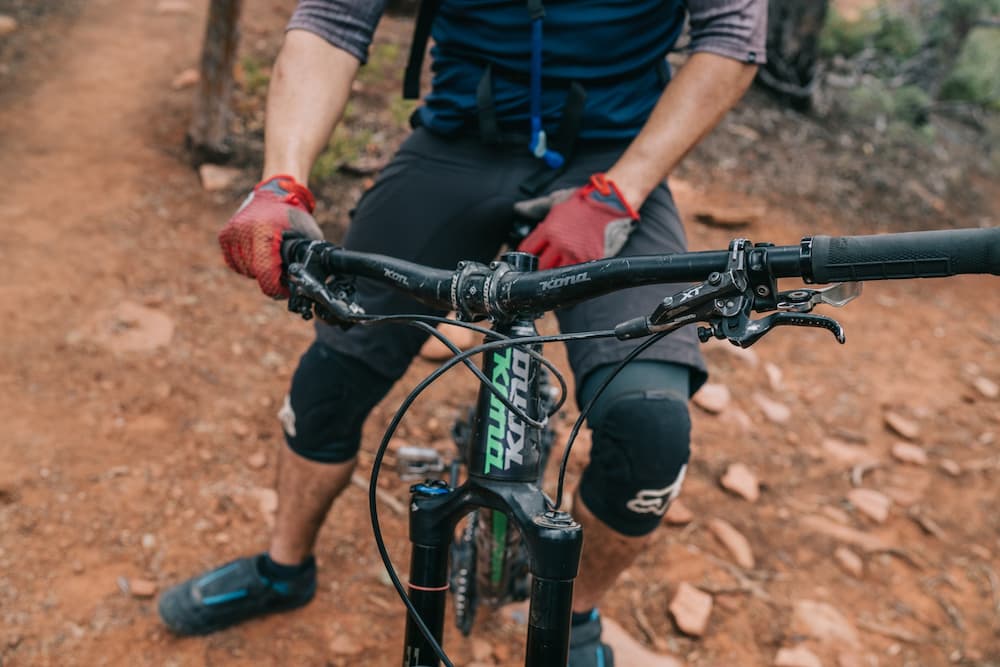 After cycling, men often suffer swollen testicles, a dull ache, or a sensitive sensation in their testicles. Many people conclude that cycling will exacerbate erectile dysfunction, leading to impotence and infertility.

Despite of all that you may have heard from your friends and families, cycling doesn’t lead to either erectile dysfunction or infertility. You just need to protect your testicles properly when cycling.

What Do the Numbers Say?

In a survey conducted in the July 2014 issue of the Journal of Men’s Health (source), researchers looked at more than 5,000 male cyclists ranged from around the age of 16 to 88.

No connection was found between cycling and erectile dysfunction or infertility, regardless of how many miles and/or hours the men rode per week, even for those who rode for more than 8.5 hours or 200 miles per week.

That’s great news, but that doesn’t mean you’re completely free of riding discomfort and complications below the belt. Nerve injury, numbness, and even more trivial problems like saddle sores are all examples of this.

Nonetheless, a male cyclist can avoid certain issues and ensure safety when cycling by taking the appropriate steps and actions. Sore testes could be excruciating to have a negative impact on your life off the bike.

To know how to protect your nuts, at first, you need to know what might be the cause of them. Below are some of the reasons that could be the cause for you.

When the testicle rotates too much around the scrotum, blood flow becomes limited, resulting in swelling and excruciating pain.

Although not always associated with cycling, if your testicles twist as a result of cycling, it is suggested that you go to your nearest hospital’s Emergency Room as soon as possible.

Accumulation of Fluid in the Testicles

The testicles are a complicated part of the male anatomy. Non-cycling complications can affect varicoceles, spermatoceles, and hydroceles inside the liver, causing fluid accumulation and infections. Cycling fatigue can impair the immune system, resulting in certain issues.

When you think about how many times you twist your cranks every minute and hour, you will see how many crank revolutions you get on a trip. Unfortunately, you’re likely to catch your testes at some point while pedaling normally or while settling down into the saddle after a duration of stand-up pedaling. Often, when cycling, pressure damage may occur due to nerve tension resulting in transient numbness.

For a rider, an improperly placed bicycle seat could be incredibly inconvenient. A seat that is too high or too low will cause numbness, which is most often caused by pudendal neuralgia, or the entrapment of the pudendal nerve.

Alcock canal syndrome is another name for pudendal neuralgia. If you are wondering about how high your seat should be, once your foot is straight to the ground, the seat should be horizontal, and there will be a slight bit of bend in your knee when completely stretched at the bottom of the pedal stroke.

Related reading: Why Does My Bike Seat Keep Tilting?

If you’re a guy with sore testicles, you’re probably aware of it. A sore scrotum may be identified by a general sensation of soreness or pain in the area, as well as extra warmth emitting from the sack or visible reddening and inflammation upon closer inspection.

If you experience some testis discomfort, you should see your doctor or surgeon because you may even have an infection due to your cycling activity. Don’t expect the problem to go away on its own. These are your genital organs, and they may have long-term effects.

Below are some of the problems that you could fall victim to due to your own carelessness.

Cycling should not be a source of genital discomfort. Something is probably off when you experience soreness, a dull pain, or some discomfort in your genitals after riding (and that is assuming you didn’t hit yourself there). And that something is, as you might have guessed, an incorrect seat selection, bike fit, or both.

The pudendal nerve is a nerve that extends from your testicles to your anus through your perineum. As the nerve is compressed, it may cause discomfort in the testicles, penis, or perineum. To stop it, take the same precautions you can for genital numbness prevention and relief.

Researchers tested the PSA levels of more than 120 cyclists who participated in rides totaling 102 kilometers in length both before and after the trip in a study published in PLOS One in February 2013. Their levels increased by an average of 9.5 percent, prompting the researchers to suggest that men delay long cycle rides before their routine prostate exams to avoid an artificially elevated outcome (source).

Aside from that, the report saw no need to be concerned. The PSA rose as a result of the seat and vibration, but that wasn’t a cause for concern since it quickly returned to normal.

Numbness of Your Testicles

Numbness in your testicles, it goes without saying, is never a positive thing. Since their nerves and veins are hidden under several layers of tissue and aren’t affected, some riders can travel in practically any seat all day without experiencing numbness in that area.

Others must exercise greater caution. The main thing to remember is that there is no such thing as so much numbness.

Numbness in the testicles of some sort or period should not be allowed, because it indicates that the nerves are being squeezed. Your hollow structures, also known as the arteries pumping blood into the penis, are also squeezed if your nerves are compressed.

Sure, they’ll all pop back in an hour or two, but if you neglect it, you might be looking at long-term harm. Your nerves could be compared to a garden hose in this case. They might not show any problems initially when you put extra pressure on them, but after some time, they will lose that elasticity and stop functioning properly.

Veins and arteries can scar internally and stop working properly. And nerves can also be damaged like this. Even if you don’t face any problems now, you will start facing them when you grow old over time.

What could get wrong is that you putting up with numbness for a long time caused by an improper seat, an ill-fitted bike, or maybe both. Seats with cutouts or grooves are quite well known for reducing perineum strain, but the scale and form of the saddle must also fit your shape and structure.

In addition, the seat must be in the proper position. Based on how rough and aero your posture is, the bulk of your weight should be supported by the ischial tuberosities, which are the strong bones you sense when you sit, or the pubic rami, which are the pelvic bones more forward. Besides getting a good seat, it is recommended to get a good bike that fits you.

‘Saddlesore’ refers to a variety of conditions, including chafing, infected hair follicles, and open ulcerations, both of which can be extremely painful. The right saddle and good bike fit will go a long way in avoiding these maladies, as they can for many other saddle problems.

Hygiene is also beneficial. There are some other preventive measures that you could take to keep yourself at bay from getting saddle sores. Some of them are:

It’s all up to you to finish shaving your legs wherever you want. However, being too near to the “Speedo line” can lead to painful razor bumps, ingrown hair, and irritated follicles. After shaving, add a thin coat of antibiotic ointment to the region if you’re vulnerable to razor burns and infected bumps.

We have prepared a review of the best electric shavers for cyclists you are welcome to check out.

Chamois, like saddles, comes in a variety of shapes and sizes, and some will be more suited to your backside than others. When you ride, you want a flawless chamois that remains in place and doesn’t cause irritation to your skin or trigger hot spots. Bike shorts should never be worn with underwear; they’re designed to go commando on them.

Chamois cream is used to keep your skin from rubbing against your shorts. To get the maximum protection, rub some on your skin and as well as the chamois before you put on your bike shorts.

Inner-thigh chafing can be a problem for guys with wider or close-set thighs when the sides of the seat rub that delicate skin raw. Anti-chafing gels are often used by triathletes, who are vulnerable to chafing as they jump on a bike dripping wet due to the water.

They’re made to avoid chafing from skin brushing against skin or clothes rubbing against the skin by creating a silky protective layer on the skin.

If a sore appears, you should treat it with a soothing, protective ointment at home. Moleskin with a cutout around the sore will also help relieve the discomfort by removing pressure from the sore.

How Do I Protect My Testicles When Cycling?

You can try a number of things to prevent your testicles from suffering too much. You could wear padded bicycle shorts to protect your nuts. You could try using chamois and if necessary, you could use lubricants with them.

Using a good seat is the utmost necessity to protect your testicles. So, now you might be wondering what could be a good seat. We have reviewed a number of bike seats for men that will make your rides more comfortable.

Noseless bike seats are designed with male cyclists in mind and often solve the problem of excessive pressure on the delicate male parts. It may take a couple of tries to find a seat model that fits you best and you will have to pay extra for the comfort.

If you are looking for a quick and cheap solution, the gel bike seat cover will help you to add more comfort to your bike rides.

A lot of people online have put up their suggestions on how to prevent your testicles from hurting. All of them have spoken from experience so their advice is trustable.

One of them said they had a greater experience with a woman’s orthopedic seat than with a man’s. It’s taller, longer, and more cushioned. Your butt, testicles, and Gooch will be grateful.

Another said, adjusting the seat’s angle is a good way to relieve pressure on your balls. Simply loosen the bolt screws on your bike seat and tip it forward somewhat. The center of gravity will be in your buttcheeks instead of your balls’ nucleus. Since most bikes need you to lean forward slightly when riding, you can naturally lean on your balls when seated.

Many men have shied away from riding a bicycle in the past. This has mostly been attributed to concerns over their reproductive health, as cycling has historically been linked to impotence in a variety of clinical studies.

Certain elements of cycling and its environment can be harmful to a rider’s testicles, but with the proper riding attire and posture, a rider can shield his or her testicles. You can prevent pain and suffering on your next trip by making a few quick adjustments and taking notes from here.