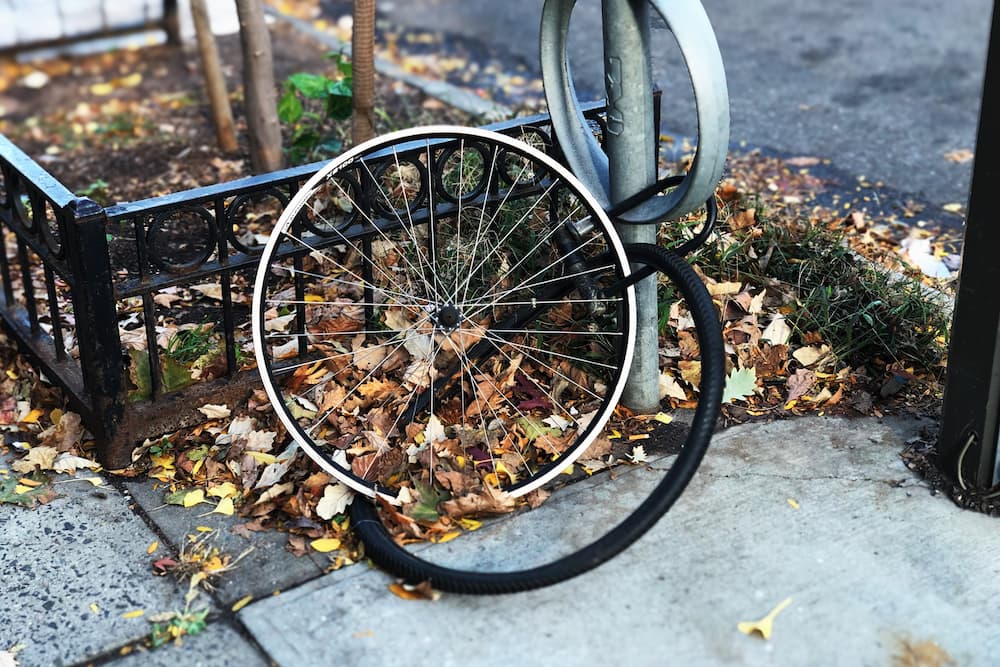 If you own a bike, you might know about the maintenance. Bending of the wheel is one of the significant problems, and fixing it might be a headache. It is because bike wheel alignments are getting complex day by day.

You can easily go to a service center to fix the problem. Sometimes those are not available around and also not their tools. Then how will you fix the wheel? Well, let us show you how to true a bike wheel without a truing stand.

It would be helpful to you to solve the bending wheel problem if you follow these guidelines carefully.

Truing Or Straightening A Bike Wheel

A bike wheel can be bent for many reasons. The most common ones are accidents or hitting the wheel with some tough and sharp surfaces. You have to make it straight before it could break the whole rim.

Fortunately, the rim is made of aluminum as well as the spokes. You can easily fix them even if you do not have any truing stand. Again, maintaining a straight and wrap freewheel is vital for a smooth and safe ride.

When you do not have any truing stand, there are some other tools you would need to fix the wheel. For outer bends, you can use a hammer or rim stick. A rim stick is used to press against the hub barrel to the rim.

You can adjust according to different diameters. A spoken wrench is needed for straightening the spokes. These are available in some varieties like triple spoke wrench, spoke holder for the bladed spokes.

A circular wrench is versatile for adjusting with different types of diameters. You can also use a rim wrench if there are many blips to deal with.

How to Fix a Bent Wheel?

When you are going to fix a bent wheel, you have to follow these steps.

First, you have to check for the significant bending areas, which are called blip. It is because wheel rims with more substantial damage will not be fixed just by correcting the spokes. Remove the rim from the tire and check for the blipped areas. A hammer or rim wrench is needed to do the job. Double-check the rim if any large bending areas are remaining.

When the blip is fixed, take your bike upside down or the wheel off the ground. It would help to move the rim freely.

Now you have to tight the brake calipers a bit but not with much strength. It will help you with your visual aide to the rim. You have to see the side-by-side movement of the wheel carefully.

Then you can find the sections which are deviated from the center. Use a pen or pencil or straight stick to confirm the perfect location of the bending part. Your hand can also be useful when you put it on the brake and see the differences.

It is time to fix the spokes. Use your thumb around every spoke to check if they feel tight or not.

Take the spoke wrench to tight the loosen spokes. If you see the loose spokes on the left side, tight the opposite right one of your hand. When it comes to the right side, take the wrench to the left spoke and tighten it.

Another important to remember is never tight with full force or at a time. You have to make sure to repeat this cycle 2 or 3 times. It is because tightening up all the spokes at a time might cause a fracture to the rim or bend from another side.

It is vital to make sure about the rotation of the wrench. When you are going to tighten up the spokes, rotate them counterclockwise. If the spokes are to loosen up, then turn the wrench clockwise.

If the spokes are too loose, then you have to take off the rim from the tire. Any broken spoke needs to replace immediately. Suppose you continue to use them; the wheel will bend pretty easily next time. It can also lose its durability.

Check all the spokes and not just on the blip areas. But make sure that you do not tighten up the spoke noses, which already loosen. That is because most manufacturers make it that way to spread the tension all over the rim and reduce the possibility to bend.

Repeat these steps more than two times. You have to confirm that most of the areas are recovered. A scale can be helpful to determine the circle sharpness. If trying two or three times did not give you a satisfying result, you do the work slowly and carefully.

You have to check the adjustment whether they went wrong or right. If the spoke were not tightened enough, then do it again. But when the adjustments go right, do not overjoy because that does not eliminate forever.

Still, you are confused!! Then spin the wheel again and again. You must check all the spokes are tight enough or not. Sometimes spoke noses are not tight enough. Due to their size, it isn’t very clear to tight them.

A screwdriver will not come in handy in this situation. Use the spoke wrench instead of it. When you try to fix the noses, you might see them go the wrong direction or counterclockwise.

It is just a visual impact, so don’t get confused about it. If you are trying to tighten them up, always try clockwise direction. Keep in mind to check if the spokes make a hole or some of the spokes fracture the rim. Last but not least, do not do the job hastily.

Use A Screwdriver As Visual Aid!

You can use a screwdriver when you are trying to find the blip areas. Using your thumbnail might not be a good idea. It is because you could get hurt sometimes by wheel’ rim. Adjust the driver with the rim and spin the wheel. Whenever any blip comes up, you would notice a noise.

Then the spoke of that point can be fixed. A little closer or uneven point close to the driver is also considered a bend.

You should also adjust the spoke of that point along with the nose. But there are some cons to this idea.

Whenever the screwdriver hits the rim, it can scratch the surface of the rim. So, if you use it several times while truing wheels, it might lead you to demolish the rim. When the rim is made of carbon fiber or these kinds of materials, it is prohibited to use a screwdriver as a visual aide.

Other Options as a Visual Aid

There are some other items which you can use during truing the wheel. They are pretty common, like paper clips, zip ties, masking tapes. Then how are you going to use them? Here are the methods:

Attach a zip tie to the seat stay and let it rest on the rim. You can cut off the extra edges which are above the rim. While spinning the rim, the tie is barely touching the rim’s surface. Now you can point out the bend point easily when the tie is moved slightly. The points that are connected by the edge are needed to adjust.

You must gather two clips and two paper clips. They will be attached to the frame and situated in a position where they are barely touching the rim. While spinning the wheel, you would notice some slight noises and point out the points that need adjustment. The most significant advantage of using these is that they do not demolish the rim’s surface or scratch the surface.

For this type of idea, you have to remove the rim and tire from the frame. Then place the rim to its original position and place a masking tape where it is slightly touching the rim. Now you can spin the wheel, and you would notice the point that is at a distance from the centerline. Adjust the point and repeat the method. By using this method, you can adjust the rim up to millimeter level.

When is the Truing Not Applicable?

Well, it is another crucial thing to keep in your mind. Sometimes the rim might be broken or too much blipped to fix. You should not try to adjust the rim in that kind of situation. The spokes can be broken or cause fractures to the rim, which may cause irreparable damage. In this situation, a replacement of the whole rim will be a wise decision.

While you are trying the wheels, you have to take some precautions to avoid damage to your bike or you. As mentioned, visual aids are essential to notice the bending areas. It would be best if you do not use your thumbnails. Take an alternate option from the discussion. It would be best if you were careful while you are adjusting the spokes. Using too much pressure to tight up the spoke might break them or make a fracture to the rim.

We think you have acknowledged the idea about how to true a bike wheel without a truing stand from the discussion.

Take care of your bike and yourself. Wishing you a safe bike ride! 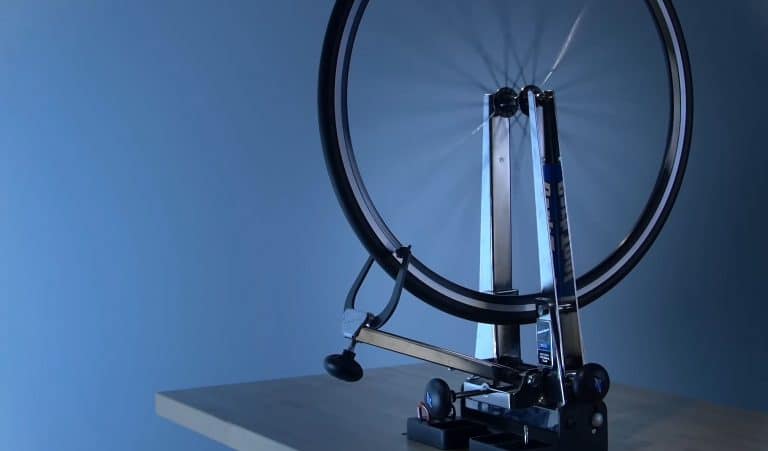 If you are a bike owner and maintain your bike’s health and condition by yourself, you will notice that wheel truing is the most difficult part of bike maintenance. It takes a high level of patience, precision and it kills a lot of time. A little help and assistance of a good wheel truing stand can help you to do it with ease. 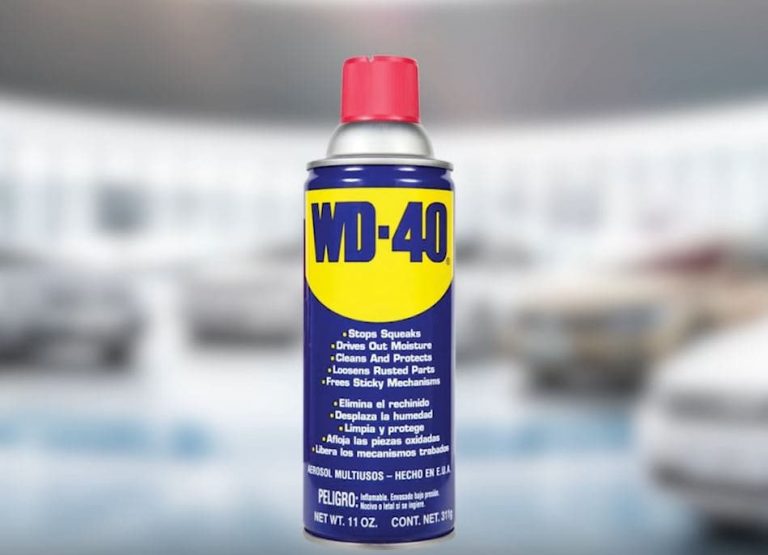 For serious and regular bikers who ride almost every day, bike maintenance is part of a systematic routine. Cleaning, washing, and lubricating different parts of the bike keeps dirt off the parts, making sure rust does not decline your bike’s durability and performance. WD-40 is a common product for bikers attempting to keep up with…